Lucky me! My family and I are currently visiting family in the south of France. Since our arrival less than 48 hours ago, my two sons have been digging into French gastronomy with such abandon and adventure it is pleasing this mom like mad. From fairly finicky eaters as youngsters, they finally seem to have embraced to joy of culinary disvoveries!

My personal (and very plain) “must have favourite: Jambon beurre” when landing on French soil was a huge hit. My boys have heard incessantly on how this unassuming sandwich is soooo amazing! Baguette, butter and ham! Nothing more!!! But that bread, oooooh how blissful. There is nothing, nothing at all like baguette in France! Even more so, there is nothing in the world like baguette in Paris which is the summum of all baguettes. Add cooked white Parisian ham and a thick coat of butter from Normandy, this sandwich is a symphony for the tastebuds!

Our first day upon landing in the city of lights was a huge travel day: an 8 hour drive ahead of us, jet-lag and all, to reach Montpellier and reunite with family. It was long and exhausting but we made it safe and sound. Upon arrival, we were greeted with champagne! But other than the ritual “jambon beurre” and road side dinner, we had yet to discover on our first day on French soil what the French are all about: food!!!

Day two was intro 101 for the boys. After a “must” breakfast of fresh croissants and baguette, we headed to the family owned boutique wine cellar for a Sunday tradition of freshly harvested oysters and wine tasting. It was barely 11am! We then all went to explore the outdoor Christmas Market in downtown Montpellier. This Christmas market was set in a downtown square called Place de la Comédie: a huge alley lined on both sides with the cutest little wooden kiosks featuring artisans and food crafters of all kinds including chocolatiers, candy makers, charcutiers (those who create wonderful sausages and other deli type meats), cheese makers and many other local delicacies. And of course, there was an impressive array of ready to eat foods. Both my sons and my hubby, as well as the rest of our group dug into the fare like children in a candy store. Everyone started with the european style hot dog: a 12″ long delicious sausage nestled in a warm baguette loaded with Dijon mustard so spicy it cleared all sinuses. After which followed raclette “tartines” (crazy amount of local cheese melted over heavy country bread), churros (pipping hot with a generous dusting of sugar), Aligot ( a potato and cheese purée I had never heard of), giant beignets with Chantilly cream (so giant any american portion paled in comparison) and hot local spiced wine. We then had to go discover the little streets of old downtown Montpellier and walk off this indecent amount of food because we knew dinner would be just as delectable.

The plus side of renting a house while on vacation is the access to a fully equipped kitchen! The French eat much later than we are accustomed to. If the size of the French midday meal has anything to do with it, then it sure was a welcomed break to wait at least 6 hours before we had to start tantalizing our taste buds again. The other thing the French seem to be big on are meats while vegetables (other than salad) are sparse, mostly served as a tiny side dish. As an appetizer, my step-sister had made “torchon de foie gras”. OMG, was that ever obscenely delicious. I was rather impressed when she shared the simple steps in preparing this supposedly difficult dish! Beware of chefs who often pretend food preparation is soooo complicated simply to make sure they can bathe in their own glory lol! Many so called “complicated” dishes are really not that difficult at all to execute; Torchon is one of those… The “politically incorrect” foie gras was followed by a huge roasted leg of lamb, french beans and potatoes mousseline. I was in charge of cooking the lamb so needless to say I was rather nervous to not only achieve perfection in cooking temperature using a strange oven graded only in Celsius, but also apprehensive of serving my dish to 10 discriminating palates including 7 really, really French guests. I must have had a culinary spirit looking over my shoulder because I nailed it!! I even managed to make a sauce from the pan drippings that everyone loved. Following the main were cheeses with more baguette and then French pastries… All of this liberally drenched with copious amounts of Languedoc-Roussillon red wine!

The entire day seemed dedicated to the pleasures of the table. It seems we left one meal to dig into another one! My biggest complain was the lack of greens! But I must admit that it was a very meek complaint on this first day lol! Elusive greens aside, it still amazes me how the French can elevate a handful of humble ingredients into spectacular feasts. Take foie gras for example: all you need is goose or duck liver, a simple blend of a few key seasonings, proper prepping and wrapping of the liver and a bath of hot water is really all it takes to create such a delicious course. All resides in the technique and specific order in which the items are prepared.

Both my sons, who had heard my endless tales of food fests in France (and elsewhere in Europe) were not disappointed at all. They “got it”!!! And by the time this first full day in Montpellier rolled to an end, they were already dreaming of the tomorrow feast which would surely include Foie Gras and other decadent French foods… 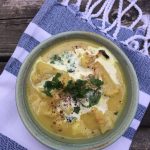 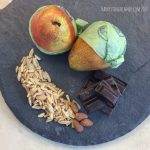 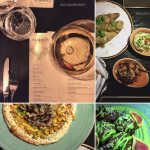 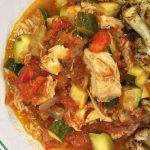